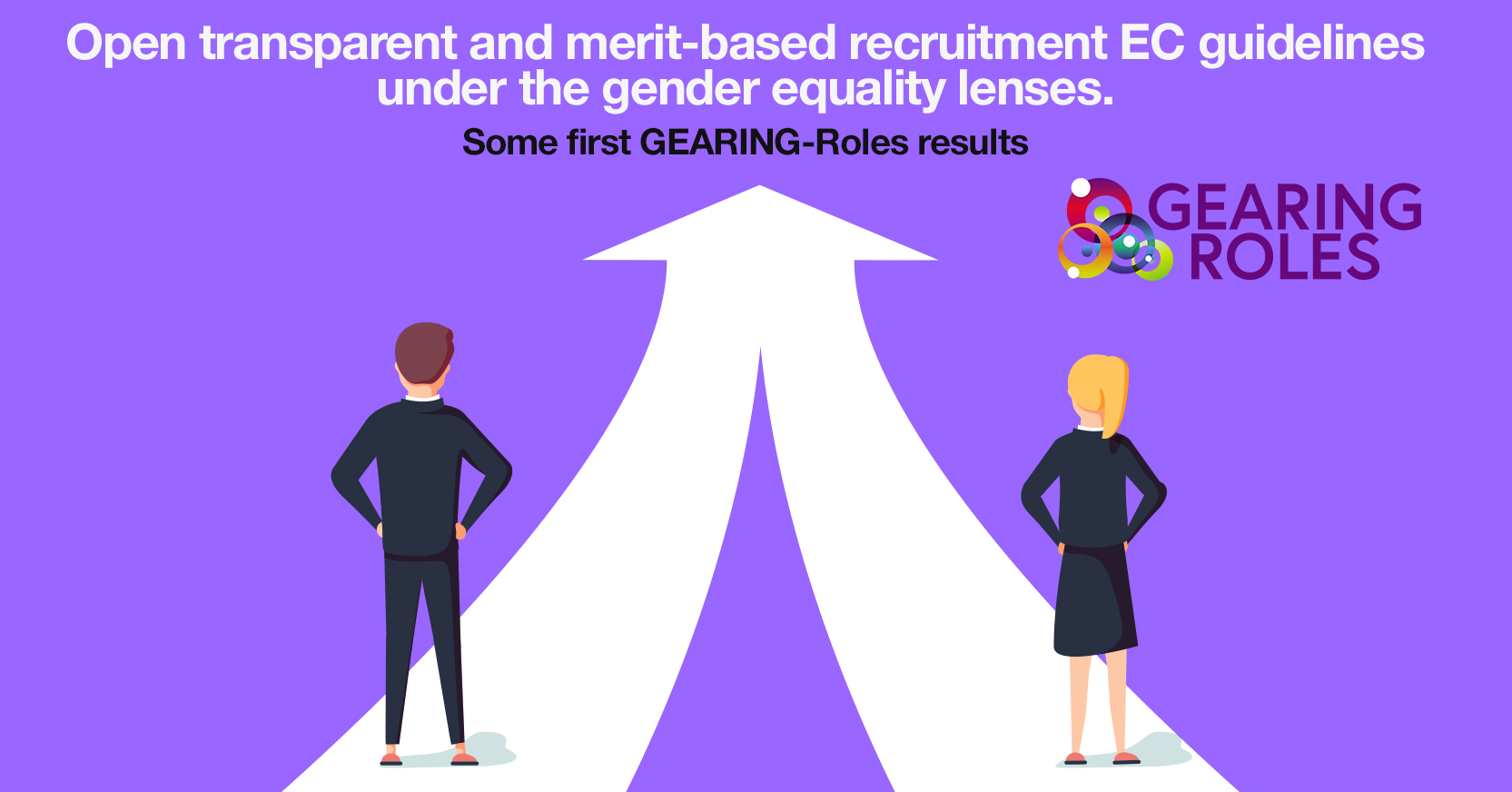 In this entry, we present potential improvements to the Open Transparent and Merit-based Recruitment Guidelines (OTM-R) proposed by the GEARING-Roles project* (https://gearingroles.eu/). OTM-R is an instrument used in the self-assessment of higher education and research institutions, when preparing to obtain the Human Resources Strategy for Researchers (HRS4R) certificate.

As stated here, to realise that, the European Commission adopted the “European Charter for Researchers and a Code of Conduct for the Recruitment of Researchers”, with 40 principles that are considered the core of a shared European researcher identity.

One of the key elements of the Charter and Code and the HRS4R is to encourage the development of common open, transparent, merit-based recruitment for researchers in Europe. To facilitate the self-assessment of institutions on this key topic, the “OTM-R checklist” was developed. This checklist includes a list of criteria that any institution should comply with when recruiting (especially their advertising, selection and evaluation, and appointment phase).

While The OTM-R checklist, in particular, can be used to foster recruitment practices that favour gender equality, the GEARING-Roles project identified parts of the checklist in which the gender dimension could be further strengthened since the data confirmed that there still exist prejudices against women. As the GEARING-Roles project found: "the persistence of gender biases in recruitment procedures in general (not only in research), as observed in the recent report She Figures 2018, confirmed that more than one-third of Europeans believe that men are more ambitious than women (35%), or that almost seven in ten respondents think women are more likely than men to make decisions based on their emotions (69 %)”.

Keeping that scenario in mind, GEARING-Roles reviewed the OTM-R checklist with the aim of identifying those sections that could be strengthened from a gender equality perspective in order to better align human resources and gender policies in research institutions.

We invite you to check the full results and document here

*GEARING-Roles is a strong multidisciplinary consortium of 10 European academic and non-academic partners that are designing, implementing, and evaluating 6 Gender Equality Plans (GEPs) following the steps described in the GEAR tool (define, plan, act and check) with the firm objective of challenging and transforming gender roles and identities linked to professional careers, and work towards real institutional change.