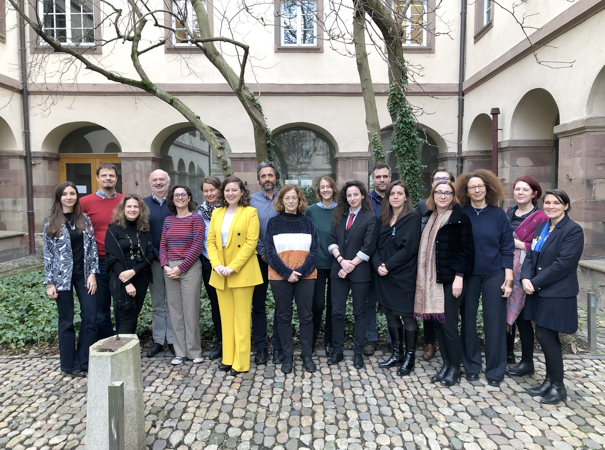 The kick-off meeting for the CASPER project was held on the 9-10 th of January in Strasbourg, hosted by the European Science Foundation.

Very productive discussions between all partners showed not only the challenges of a very tightly schedule two-year project but also the excitement to contribute to a European award and certification system for gender equality.

During our initial phase, desktop research together with networking among experts and different stakeholders will provide the foundations for mapping available certification schemes, identifying existing needs and the first co-creation workshops to design three different award/certification scenarios.